ASHWAMEDH - THE KING OF YAGYAS 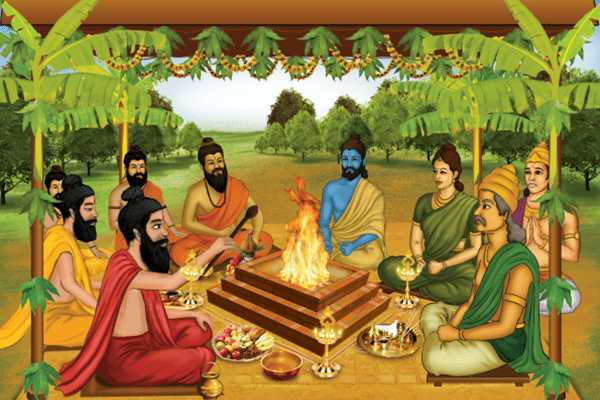 Ashwamedh - The King of Yagyas

In ancient times, simple yajnas used to play an important role in inner refinement and self-purification. The mahayagyas used to be performed to purify the social life. But, when the need for complete renovation of the nation (Rashtra) and that of the environment was felt, there was a tradition of Ashvamedha yagyas at the universal level. Thus, the yagyas have been classified into three categories; viz, yagya, mahayagya and Ashvamedha yagya. The magnitude of their results also increases in the same order.The rewards of Ashvamedha yagya are far more purifying. In the medieval period, Ashvamedha was thought to be the war for the expansion of the empire, whereas it used to be a special mahayagya performed for the benefit of the society and the nation, in the earlier ages.

Gayatri Ashwamedha is a grand spiritual experiment to promote happiness, peace, and prosperity of the nation. It is being performed to purify the subtle atmosphere of the whole nation. It is aimed to awaken the dormant intellectual genius of the masses. The awakened human Medha will help reform the society and the methods of its governance and would transform this earth into a heaven.

What is Gayatri Ashwamedha?

Gayatri Ashwamedha is a grand spiritual experiment to promote happiness, peace, and prosperity of the nation. It is being performed to purify the subtle atmosphere of the whole nation. It is aimed to awaken the dormant intellectual genius of the masses. The awakened human Medha will help reform the society and the methods of its governance and would transform this earth into a heaven.

Why we do need to perform Ashwamedha Yagya ?

In ancient times, simple yagyas used to play an important role in inner refinement and self-purification. The maha yagyas used to be performed to purify the social life. But, when the need for complete renovation of the nation (Rashtra) and that of the environment was felt, there was a tradition of Ashwamedha yagyas at the universal level.

Thus, the yagyas have been classified into three categories; viz, yagya , maha yagya and Ashwamedha yagya . The magnitude of their results also increases in the same order. one of the important objectives of such large scale Ashwamedha yagya is also to awaken the dormant genius of the masses. It is the genius of man which makes him different from other living beings. It is on its basis that he, as a scientist, has explored the secrets of nature and is claiming to be the controller of the fate of all the living beings. It is the miracle performed by the human genius Medha to form the society and the methods of its governance, and to transform this earth into such an elegant and well-developed structure of culture and civilization.

The effort that is needed to awaken such geniuses not only in the society or nation but also on a global scale cannot be done by worldly or physical means. The desired results can be accomplished only through a well planned religious Anusthan conceived in the spiritual world.

What are the benefits of Yagya ?

Amidst the fascinating achievements of the modern era of science and technology in improving our comfort levels, stress and pollution have posed the major challenges for our well-being. The world is beginning to realize that the comforts provided to us by modern science and technology do not necessarily always make life happier. In fact apart from stress and tension, more and more unknown diseases, untold anxiety and fear are caused by the highly polluted environment and ecological imbalances. This has raised alarm bells for rethinking and changing the life style and mode of health y management. Yagya appears to be a god send gift of the ancient Indian sciences for achieving this purpose. Yagya is a boon of ancient indian sciences and it is a scientific tool designed by our Rishis ancient scientists to create desired effects in physical, environment al,ecological and spiritual levels.

Click here to read more about science of yagya

Yagya – is a Sacrificial ritual symbolizing selfless service to all. The various material and offerings in the Yagya have some medicinal/chemical attributes. These oblations coupled with the chanting of the vedic mantras spread molecular waves in the atmosphere that lead to the purification of physical and astral environments.

The Yagya (sacrificial fire) exercises a very positive influence on the body and psyche ( mind and consciousness) of persons involved and sitting around. It leads to transformation of human towards divinity. The effect of yagya is psycho-somatic.

How can we contribute to this large scale yagya?

Ashwamedha yagya is a large scale yagya which involves lot of man hours & resources.We humbly request everyone to contribute either your time or resources or both generously for this noble cause.we may come from different cultures, backgrounds, beliefs yet we are all connected with each other and share this beautiful place called Earth.As a Global citizen it is our responsibility to share our resources and time for the activities for world peace and harmony.It is a divine opportunity bestowed upon us in making the dawn of this bright era a visible reality by organizing and participating in the Yagya s and maha yagya s of this Mission .Let us work collectively to create a heavenly atmosphere.

According to the Atharva Veda Hymn to the Earth (Bhumi-Sukta) “We are birds of the same nest. Wearing different skins, speaking different languages, believing in different dharma (religions), and belonging to different cultures yet we share the same home, our earth. Born on the same planet, covered by the same skies, gazing at the same stars, breathing the same air, we must learn to progress happily together or miserably perish together. For humans can live individually but can survive only collectively.Indeed, the ancient texts seem to suggest that we all owe a responsibility to the environment not only for ourselves but also for the sake of those around us”.

If you would like to work as a volunteer or to contribute resources or both please contact us for more information and we will be more than happy to welcome you to be part of this noble cause.

“Spirituality does not mean being engaged all the time in God ’s worship, yoga -meditation and for salvation of one’s own self. Spirituality , in the truest sense, is virtuous development of the self and altruistic use of one’s own qualities, potentials and resources for the welfare of the world”.

The pages of Vedas, Upanishads, Darshans and Puranas are filled with the description of the importance of these Ashvamedha yagyas. In ancient times, they were performed to achieve ecological balance, to seek the grace of God and to unite the nation. The writer of a scripture says that one gets the same sacred reward by participating in Ashvamedha yagya as that achieved by visiting the holy place Gaya, taking a holy dip in rivers Ganga and Yamuna and performing one crore oblations
(—Matsya Purana).

Gandharvo asya rasanam gribhanat Suradaswam vasvo niratasta. – Rigveda 1/163/2
– Vasus have created the horse of yagya through the Sun. (It is, therefore, necessary to worship Sun (Gayatri) for the success of Ashvamedha).

It is in this form that one should participate in the Ashvamedha yagyas and attain peace and happiness in one’s life.

The aim of Ashvamedha is to increase the power and strength of the habitants of the nation, and the nations at large.

Oh dear ! The sacred reward of participating in that Ashwamedh yajana is matchless, in which the body of Nakul (a mongoose) became golden after it rolled its body in the water left over after eating by —tvijas (priests) who came to conduct the Ashwamedh yajana there.
-Mahabharata 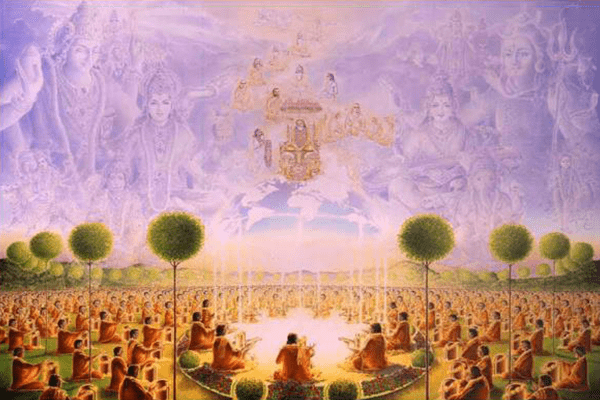